The '1 in 12' Rape Statistic Broken Down 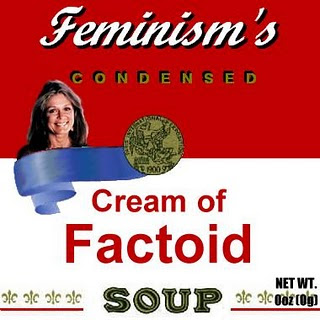 Really nice analysis of the Koss Report's '1-in-4 / 1-in-12' rape figures, from back in the 80's, still used by many feminists today. All very tidily explained on the website Permutation Of Ninjas:

I’ve seen a statistic come up a few times.  For those people not familiar with it, it goes something like this:  ”One in twelve college-age men admit having fulfilled the prevailing definition of rape or attempted rape, yet virtually none of these men identify themselves as rapists.”

Like most statistics of its ilk, however, a closer look reveals that not all is how it seems.  The first sign of trouble comes from the name of the author: “Koss, Mary P”.  People who aren’t familiar with the name might not know that she’s been behind at least a couple different things of….suspect validity.

The next thing to do is to look at the actual study.  The only full copy I was able to find was barely legible, but nonetheless an accurate version.  If someone has a better copy I’d love to have it, getting through 31 pages of that typing with no search function was nasty.  (The questionnaire used is in better quality at the bottom.)

A “yes” to 4 or 5 was labeled as an “attempted rape”, and a “yes” to 8, 9 or 10 was labeled as a “completed rape”.  The problem starts with questions 5 and 8.  The question goes something like this: “….when you didn’t want to by giving you alcohol or drugs….”.  Now, supposedly, this met the legal definition in her state….except it didn’t.  The definition she uses in her study purposefully omits a portion of the statute which specifically labels “plying with alcohol or drugs” as outside the legal purview of rape.  (Having sex with a woman while she was passed out due to those, however, would be counted.)
In fact, this was so controversial that Koss herself recanted on the question, stating that while she’d thought it acceptable at the time, it was inappropriate.

So what is “one in twelve” anyways?  Basic math, but percentages are useful here.  For our purposes we’ll use the truncated 8.3%.  We then look at the “yes” responses.  Note here that these are not counted by “highest”, but rather by aggregate.

We should note here and now that discarding the alcohol/drug questions, the highest possible figure we can get is 4%, less than half.  This doesn’t tell the whole story, though.  If you add up all the numbers, we’d see a result of 13%, not 8%.  (About 60% too high.)  This means double-counting was going on.  (No, not bad research.)  Because someone could say yes in multiple categories, the data had to be handled on a per-person basis because otherwise you’d be counting a man who said yes to 8, 9 and 10 as three rapists rather than one.  If we assume the double-counting is even (which is bad science, because it’s more likely to be occurring in the two questions we discarded) then we actually have to take that 4% we got and modify it down.  This gives us 2.5%, slightly more than a quarter of the original figure.  (Incidentally, according to Koss only 27% of the people she labeled as victims considered themselves to have been raped.  While this doesn’t imply a strong relationship, it’s an interesting correlation.)

Now, what I’ve done here is not inherently statistically valid, I had to make assumptions.  This is, to put it one way, a “worst-case” scenario, (though I could go into it further).  However, simply by removing the two questions that were admitted by the researcher to be unacceptable (and assuming that the double-counting was even in order to get a meaningful result from the data available)  the figure goes down practically fourfold.  One in twelve becomes one in forty.  Big difference, and even at that somewhat inflated.

This study is also the source of the “1 in 4” figure for college women being raped.  (27.5% to be more exact.)  Simply by removing the objectionable question 8 (not 5) the number drops to about 1 in 9.  If we take the women at their word and include all questions, the figure would be 1 in 16.  Most importantly, this should be noted to include many pre-college incidents as well, which are something entirely different.  One examination concluded that if you remove both the objectionable question and limit the responses to those who considered themselves to have been raped, with the understanding that an individual is most likely the best judge of what happened the number ends up “between one and twenty-two and one in thirty-three depending on the amount of overlap between groups.”  (That is, how many of the people who considered themselves “not to have been raped” were also removed by Q8.)

Questionnaire Used
Posted by Byron at 19:22