In Defence Of Pornography

I've always found the subject of pornography - the very phenomenon of its existence - endlessly fascinating. The history of its development & suppression, the magical, spellbinding effect it has upon men, the cries of repulsion it extracts from most women. What that tells us about most men & women, the innate differences between us, what at root we truly are.

Like poetry, pornography & erotica are an internal history of the age. The outer history books give us no insight into how people of the past really thought, felt, & dreamed in their most private moments. To find that out you need to turn to the places people are no longer having to answer to their bosses, priests, policemen, neighbours, parents, children, husbands, wives. Pornography is, very simply, the documentation of desire: nothing there is hidden, all is laid bare. That is its value.

Pornography gives the lie to the church, the state, political correctness, politicians speeches, children's books, chick flicks, Mills & Boon... Underneath the changing times, the ideas we hold about ourselves, the things we are made to believe about ourselves, some things remain ever constant. And one of those is the desire that men feel for simply the sight of women, & the compulsion to look upon their naked forms. The nakedness of woman is the work of God, said William Blake. And the lust of the goat is the bounty of God...

Men don't talk often about any of this openly for fear of female censure & scorn, which is - socially - a very high price to pay & a very real concern. No man wants to have a gaggle of women gossiping about him, or massing in numbers against him. Historically, whatever a group of women ask for, if a man can give it, they get. We see that with prohibition, the (female) suffrage movement & now all the kowtowing of governments to modern feminism. Every western world leader has to have photographs taken of them shaking hands with feminist spokeswomen. Every president & prime minister has to make The Speech - the one that says how their term in office will be the one to end the 'pay gap', to shatter that 'glass ceiling', no matter how illusory & impossible both of those goals must inevitably be.

But men go on looking, all the same.

What is lacking in society is the acceptance & understanding that these two things are, in the larger scheme of things, the same: that the love that is sexual is no better or worse than the love for a child - & indeed, because of neoteny (the physical retention of childlike features in adult women), in men these things are very close anyway. Men have a hardwired urge to protect women the way women (both sexes, actually) feel the compulsion to protect children. We have these things in us because we needed them, as a species, to survive. And still do.

Without men's sexual desire, humanity cannot continue.  Lust gets a bad rap but it's just as essential a part of humanity as love, & it's only a leftover monotheistic hang-up that makes us think any different. People always say we are born out of love but of course that's not true: Lust is what gives us life, just as it is love that gives us survival. Both of them are nature, & we can't have one without the other - every man-hating, Andrea Dworkin-sized radical feminist could never have the gift of life to squander in such hatred without a man lusting for a woman long enough to plant the seed inside her & bring forth said leviathon. 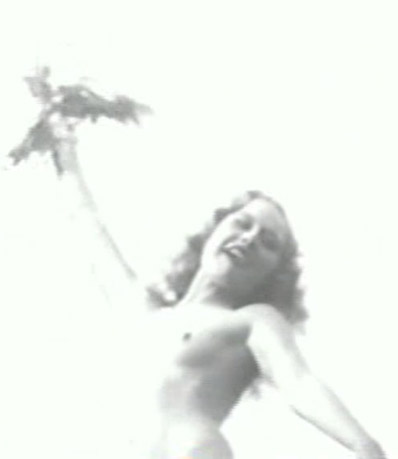 All sorts of emotions come up when I see images of nakedness from the past: a sad wistfulness that that part of the river has gone, that I will never get even the chance to feel that skin in full bloom beside mine but mainly a starry-eyed wonder at both the beauty (for men) of womankind & the huge magnets that move within the yin & the yang, pulling the two sexes together down through the ages.

When I see a grainy 'blue movie' from the 1920s, made illegally in France by anonymous, masked actors, I see - feel - with the weight of revelation how men all the way back then weren't simply square boxy suits & bland faces, & the women weren't prim, sexless corsets, but flesh & blood underneath, just the same as you & I. Their bodies worked the same as yours & mine! Where else can one find the truth of that for sure?


In the past, it was largely the church which repressed the expression of sexuality; now it is mostly the state. Well, that & feminism. There is, after all, no force in the modern world more pro-censorship than radical feminism, with the possible exception of fundamentalist Islam. And the two of them have more than only this in common. Anyhow, the climate of public shaming, from whatever source, kept pornography way, way underground for hundreds of years, all the way up to perhaps 10 or 15 years ago.

The internet has changed all that. The move into The Machine as an extension of self & consciousness has meant people have, for the first time in human history, been freed to explore the corners of their curiosity as never, ever, before, in pretty much total anonymity. And as Rule 34 states: "If it exists, there is porn of it": if you can think it, it's probably already out there in tremulous colour. I don't think it has been widely grasped yet how much this has already changed male sexuality on a near-global scale. One's most deepest, dizzying fantasies are now only a click away at any time of the day: of course you go look. Why wouldn't you? What in heaven's name would stop you? 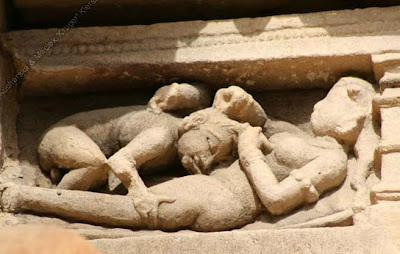 The downside of this, as with female fantasies since the romance novel, the Hollywood movie, & the Rampant Rabbit™ came along, is that the general expectations of each sex have grown wildly unrealistic & unrealizable:  There is always a newer, younger body to be found online. There is always a richer, taller, more famous, more sensitive, more high-status man than the one you've already got.

It has also made men less obviously dependent on women, & women less obviously dependent on men. Which inevitably leads to more loneliness, & bitter blaming on both sides, with sexuality increasingly a solitary experience, instead of one celebrated fully with another. This sure is one sad age we are living in, but perhaps a necessary stage we need to pass through in order to come out the other side & find each other again. 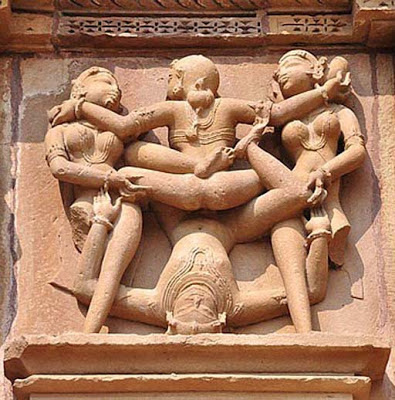 As I noted earlier, women for the most part consume their pornography - 'emotional pornography' - in book form, which we call Romance, or sometimes - for the more daring sort - Erotica. Women's specifically female needs & desires are more often fulfilled by the long, exhaustive rituals of the romantic novel (or now movie) in ways that largely bypass men's comprehension. Men's internal wiring, on the other hand, favours visual stimulus - predominantly photography & moving images - & it is for this we reserve the more pejorative label 'Porn'. One of these is considered benign, the other sinful, even now. But we know all men - straight men, anyway - are lit up inside by the sight of the naked bodies of women, so why should anyone be shocked that men should seek them out? The great majority of all 'pornography', after all, is simply pictures of naked women. Why would anyone view that as aberrant behaviour? It is no less to be expected than a hungry man seeking food.

The present-day issue with pornography is for the most part that it is an expression of male desire. Western society went directly from the Victorian age, with the Christian demonization of all sexuality, to the feminist age, in which only male sexuality is demonized, where only male sexuality is seen as a problem. Female sexuality in all its forms is now widely celebrated, & practically anything a woman can choose to do in that realm someone somewhere will claim is 'empowering', whether that's masturbation, prostitution, adultery, lesbianism, celibacy, bestiality or anything in between. Whereas there is no sexual act any heterosexual male can carry out - even on his own - that will be described by anyone on planet earth as 'empowering'. Under the feminist narrative, men have all the power anyway, so any sexual activity they can engage in is an exploitation of that ghastly sovereignty, to only a greater or lesser degree. Although few but the most rabid of rabidal feminists will go the whole hog & assert that 'All Men Are Rapists', that core philosophy oozes from the black worm heart of radical feminist ideology in ever more diluted, populist ways until it reaches the mainstream as the vague but haughty dismissal & distrust we see all around us. Misandry, in other words.

Neither of these paradigms - Victorian prudery or feminist fear-mongering - is acceptable. We need to find a better way. Any society which cannot accept the fundamental realities of sex - & the fundamental differences between the sexes - is an unhealthy society that can never make sense either to itself, or to those outside of it looking back years later. The beliefs & morality of all times are only ever incomplete at best, & more often terribly mistaken. This age, too, will be no different. That is one of the few things we can be certain of.

Underneath all constructs, all ideologies, Reality with a capital R continues. Truth continues. And I say again: the societal value of  pornography is that it shines a light on whatever people publicly fear to show. And if we want to understand people, we need to be able to see what people are inside without fear, & without judgement. With curiosity, wonder, & acceptance of all our wild & unruly humanity.