On Not Being A Victim

In the early 1970s, I had an experience that could be described as acquaintance rape. Actually, I have had two or three such experiences, but this one most dramatically fits the profile. I was sixteen and staying in the apartment of a slightly older girl I’d just met in a seedy community center in Detroit. I’d been in her apartment for a few days when an older guy she knew came over and asked us if we wanted to drop some acid. In those years, doing acid with complete strangers was consistent with my idea of a possible good time, so I said yes. When I started peaking, my hostess decided she had to go see her boyfriend, and there I was, alone with this guy, who, suddenly, was in my face.

He seemed to be coming on to me, but I wasn’t sure. My perception was quite loopy, and on top of that he was black and urban-poor, which meant that I, being very inexperienced and suburban-white, did not know how to read him the way I might have read another white kid. I tried to distract him with conversation, but it was hard, considering that I was having trouble with logical sentences, let alone repartee. During one long silence, I asked him what he was thinking. Avoiding my eyes, he answered, “That if I wasn’t such a nice guy you could really be getting screwed.” The remark sounded to me like a threat, albeit a low-key one. But instead of asking him to explain himself or to leave, I changed the subject. Some moments later, when he put his hand on my leg, I let myself be drawn into sex because I could not face the idea that if I said no, things might get ugly. I don’t think he had any idea how unwilling I was–the cultural unfamiliarity cut both ways–and I suppose he may have thought that all white girls just kind of lie there and don’t do or say much. My bad time was made worse by his extreme gentleness; he was obviously trying very hard to please me, which, for reasons I didn’t understand, broke my heart. Even as inexperienced as I was, I sensed that in his own way he intended a romantic encounter.

For some time afterward I described this event as “the time I was raped.” I knew when I said it that the statement wasn’t quite accurate, that I hadn’t, after all, said no. Yet it felt accurate to me. In spite of my ambiguous, even empathic feelings for my unchosen partner, unwanted sex on acid is a nightmare, and I did feel violated by the experience. At times I even flat-out lied about what had happened, grossly exaggerating the violence and the threat–not out of shame or guilt, but because the pumped-up version was more congruent with my feelings of violation than the confusing facts. Every now and then, in the middle of telling an exaggerated version of the story, I would remember the actual man and internally pause, uncertain of how the memory squared with what I was saying or where my sense of violation was coming from–and then I would continue with my story. I am ashamed to admit this, both because it is embarrassing to me and because I am afraid the admission could be taken as evidence that women lie “to get revenge.” I want to stress that I would not have lied that way in court or in any other context that might have had practical consequences; it didn’t even occur to me to take my case to court. My lies were told not for revenge but in service of what I felt to be the metaphorical truth.

When I was in my late teens and early twenties, I could not bear to watch movies or read books that I considered demeaning to women in any way; I evaluated everything I saw or read in terms of whether it expressed a "positive image" of women. I was a very PC feminist before the term existed, and, by the measure of my current understanding, my critical rigidity followed from my inability to be responsible for my own feelings. In this context, being responsible would have meant that I let myself feel whatever discomfort, indignation, or disgust I experienced without allowing those feelings to determine my entire reaction to a given piece of work. In other words, it would have meant dealing with my feelings and what had caused them, rather than expecting the outside world to assuage them. I could have chosen not to see the world through the lens of my personal unhappiness and yet maintained a kind of respect for my unhappiness. For example, I could have decided to avoid certain films or books because of my feelings without blaming the film or book for making me feel the way I did.

I have changed a lot from the PC teenager who walked out of movies that portrayed women in a demeaning light. As I've grown older, I've become more confident of myself and my ability to determine what happens to me, and, as a result, those images no longer have such a strong emotional charge. I don't believe they will affect my life in any practical sense unless I allow them to do so.

I am not idealistic enough to hope that we will ever live in a world without rape and other forms of sexual cruelty; I think men and women will always have to struggle to behave responsibly. But I think we could make the struggle less difficult by changing the way we teach responsibility and social conduct. To teach a boy that rape is "bad" is not as effective as making him see that rape is a violation of his own masculine dignity as well as a violation of the raped woman. It's true that children don't know big words and that teenage boys aren't all that interested in their own dignity. But these are things that children learn more easily by example than by words, and learning by example runs deep.

A few years ago I invited to dinner at my home a man I'd known casually for two years. We'd had dinner and comradely drinks a few times. I didn't have any intention of becoming sexual with him, but after dinner we slowly got drunk and were soon floundering on the couch. I was ambivalent not only because I was drunk but because I realized that although part of me was up for it, the rest of me was not. So I began to say no. He parried each "no" with charming banter and became more aggressive. I went along with it for a time because I was amused and even somewhat seduced by the sweet, junior-high spirit of his manner. But at some point I began to be alarmed, and then he did and said some things that turned my alarm into fright. I don't remember the exact sequence of words or events, but I do remember taking one of his hands in both of mine, looking him in the eyes, and saying, "If this comes to a fight you would win, but it would be very ugly for both of us. Is that really what you want?"

His expression changed and he dropped his eyes; shortly afterward he left.

I consider that small decision to have been a responsible one because it was made by taking both my vulnerable feelings and my carnal impulses into account. When I spoke, my words came from my feeling of delicacy as well as from my capacity for aggression. And I respected my friend as well by addressing both sides of his nature. It is not hard for me to make such decisions now, but it took me a long time to get to this point. I only regret that it took so long, both for my young self and for the boys I was with, under circumstances that I now consider disrespectful to all concerned. 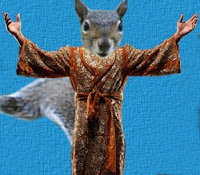 Just a shout out to & plug for a new blog I've discovered, TheReformedBuddhist.com by Muso, an entertaining sort who writes in equal parts about Zen Buddhism & Men's Rights - a unique mix which brings with it some insights that resonate with me.

A recent post, Socially Acceptable Bigotry: Men are Humans Too, had this well-put together list of present-day imbalances & inequalities facing men that I felt deserved a repost:


There's a lot of good stuff over there, some of which you will most likely be familiar with, but dealt with extremely well, clearly & comprehensively, & with a lot of good humour thrown in. Like the writer, it comes from a good place.

Email ThisBlogThis!Share to TwitterShare to FacebookShare to Pinterest
Labels: Misandry 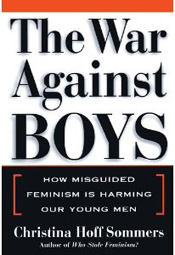 It's been a few years now I've been on this road, whatever this road is, & in that time I've read anything & everything I can on the subject of misandry in our society, along with the kinds of feminism it originates with, false-rape accusations, the domestic violence & sexual harassment industries, political correctness, biological differences between the sexes, evolutionary theory etc etc. I am of the opinion the following ten are the most accessible, fair-minded, well-researched & persuasive books I have so far found, & the ones I recommend to anyone who asks. There is no-one I can think of in our present society who would not benefit from reading one or all of them.

So, in no particular order of preference:

Who Stole Feminism? by Christina Hoff Sommers
The War Against Boys by Christina Hoff Sommers
Why Men Rule: A Theory Of Male Dominance by Steven Goldberg
The Myth Of Male Power by Warren Farrell
Why Men Earn More: The Startling Truth Behind The Pay Gap, And What Women Can Do About It by Warren Farrell
Spreading Misandry: The Teaching of Contempt for Men in Popular Culture by Paul Nathanson & Katherine K.Young
Legalising Misandry: From Public Shame To Systemic Discrimination Against Men by Paul Nathanson & Katherine K.Young
Brain Sex: The Real Difference Between Men & Women by Anne Moir & David Jessel
The Female Brain by Louann Brizendine
Heterophobia: Sexual Harrassment And The Future Of Feminism by Daphne Patai

There are other books out there, of course, but each of these says a specific essential point better than anything else I've read, & you won't go far wrong with them.


I used to be a feminist. These are the books that helped me change my mind.
Posted by Byron at 13:24 2 comments: