Even by GirlWritesWhat's largely incomparable standards, her new transmission is a doozy, covering her thoughts on the ramifications of neotony - the evolutionary retention of certain childlike features into adulthood. As usual, the video takes a little while to get going, as she defines her terms & generally lays her wares out, but the last 10 minutes or so she really gets those engines turning. Sublime. 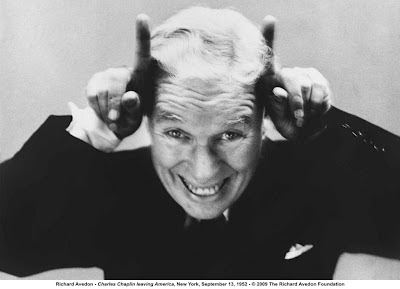 To do my bit in promoting the marvellous resource & museum of lost wonders that is the Unknown History of Misandry I thought I would tackle a story there already close to my heart, that of the first & greatest genius of cinema, Charles Chaplin. One of my all time heroes, I'd read much about the many slings & arrows lesser minds hurled against him in his astonishing life, but here's a story I hadn't encountered before:

VIENNA, May 25.—Charlie Chaplin will deliver a lecture on the tyranny of women in America in Vienna this summer.

This announcement made by Herr Kornblueh at the recent congress of the Vienna league of men called “Justita” was greeted with tremendous applause.
“Charlie Chaplin is one of our most ardent supporters abroad” Herr Kornblueh declared, “and since his divorce, he has written to us assuring our organization of his sympathy and emphasizing the necessity of a world wide movement for the emancipation of the oppressed husbands.
“The tyranny of modern women, who demand all rights and refuse all duties, who are marrying men only to lead a careless, workless and childless life, or to obtain a divorce and a lifelong alimony, this shameful tyranny is the underlying cause of all evils.
“Look at the insane asylum Steinhof in Vienna. Fifty percent of the unfortunate inmates were brought to this place because of their marriage.’’
The congress passed a resolution demanding the abolishment of alimonies find other unequal pacts between the two sexes, and protesting against the favoritism of the authorities in favor of women, especially the siding of the police with the wives whenever a domestic quarrel develops.
The Justitia is the first organization in the world fighting for the “emancipation of men,” and makes its appeal to all those “in revolt against the oppression of the female sex.” Only the freedom of men can prevent the white race from decline and ruin, declares one of the organizations proclamations.
“The only trouble is,” confessed Kornblueh, “there are few courageous men. Husbands are too cowardly, while bachelors are perhaps too willing to join our organization.”
[“Chaplin, Siding With Fellows, Will Assail Tyranny of Women - American Comedian and Victim of ‘Oppression of Female Sex’ Joins Brothers of ‘Justitia’ in Fight For ‘Emancipation of Men’,” Charleston Gazette, May 27, 1928, p. 6]


I could find no record of whether Chaplin actually gave the speech announced, & perhaps his involvement went no further than a letter of support, but he certainly had good reason to feel strongly about these issues - he had been forced into his first marriage to Mildred Harris when she (falsely) claimed she was pregnant & the very ugly, very public divorces he went through with both her & his next wife, Lita Grey, cost him enormously in record-breaking settlements, heartache & public support. The stress of the media circus surrounding the second divorce brought on a nervous breakdown & turned his black hair white overnight. 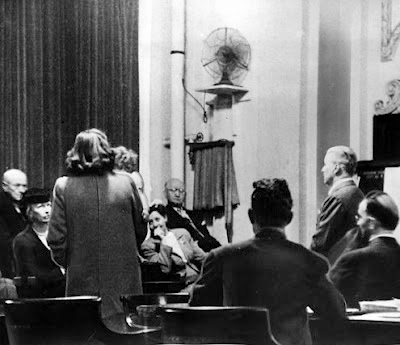 In the court cases, his (male) sexuality was dwelt on & vilified by the press: his love & desire were depicted as perverted - he was a lustful ogre out to corrupt youth, & the women he married only virginal innocents. The claims of the women & their lawyers were believed without question. Later on he became one of the most prominent victims of false paternity claims when in 1945, a (mad) woman he'd had a brief affair with came forward claiming he was the father of her child. Blood tests proved conclusively that Chaplin was not the father but these were not deemed admissible in the state of California at that time & Chaplin was ordered to support a child that was not his own.

Arguably the most famous human being that has ever lived ("bigger than Jesus!", as John Lennon would later have put it) Chaplin was also at this time the world's most eligible bachelor & so a slow-moving target for every gold-digger in the Hollywood hills from the day he hit superstardom to the day he finally fled McCarthyist America for Switzerland, & the United States refused him re-entry, in 1952. 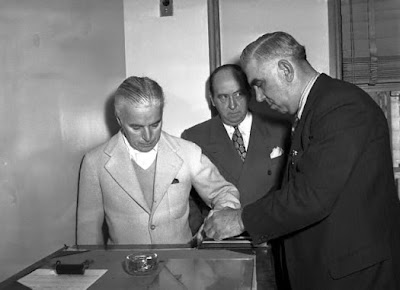 Exactly 20 years later, he returned to the U.S at last at the behest of the Motion Picture Academy. They wanted to honor him with an Oscar for lifetime achievement. No-one mentioned the witch-hunts & slanders of the past. All was forgotten, & he was greeted as the king among men he was.

This Youtube clip is actually entitled 'People Are Awesome', but c'mon folks, show some dignity & say what you actually see: